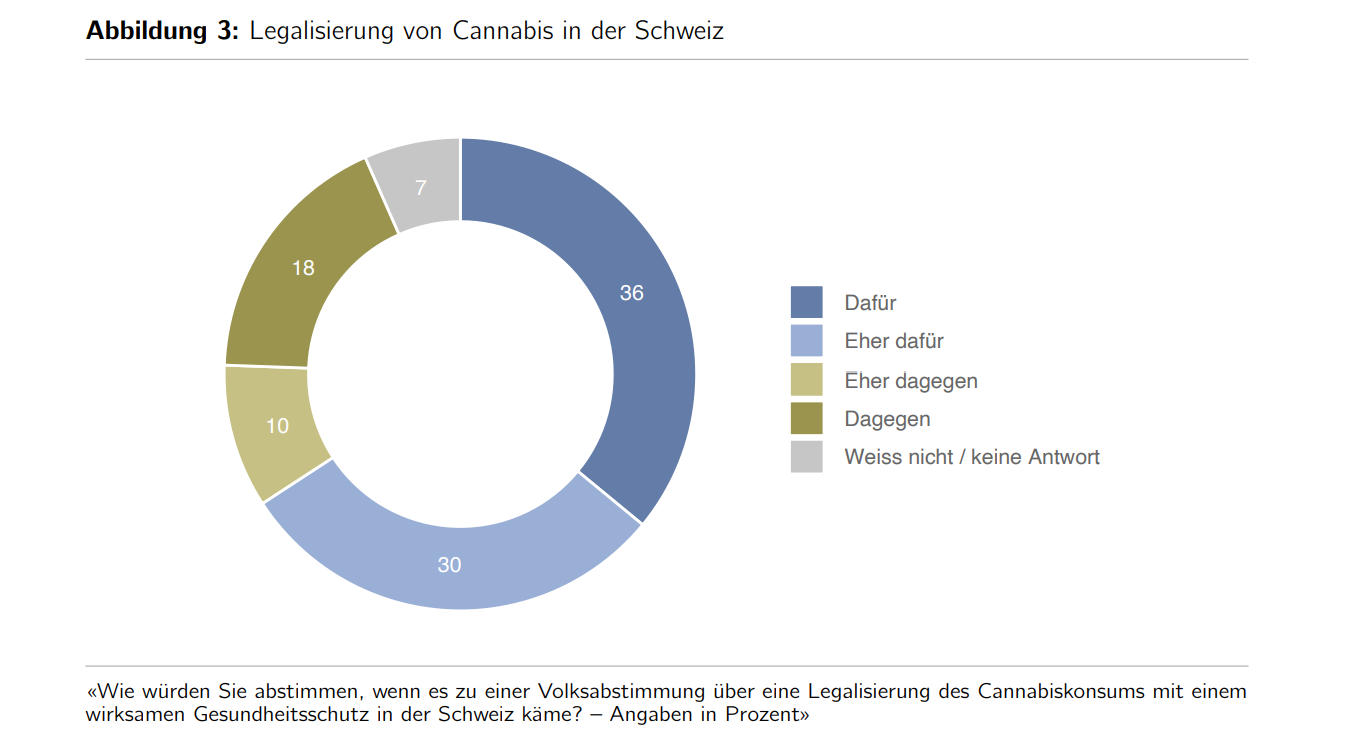 At the beginning of July 2021, the FOPH published the results of a population survey on cannabis at a media briefing. The aim of the survey conducted by Sotomo was to know the attitudes of the voting population at the time of the launch of the pilot tests . Does the chosen path meet with approval? Would a possible legalization of cannabis be able to gain majority support? What measures would have to accompany such legalization? The federal government wanted a representative response from the population to questions of this nature.

The results of the population survey were quite sensational. In recent years, the attitude of the population seems to have changed fundamentally. Thus, the path taken is supported by a clear majority, as a new regulation of cannabis legislation is perceived as important or very important by a clear majority. The pilot tests also enjoy broad acceptance, especially in the cities and pilot communities.

However, the change in social values is most clearly reflected in the question of a possible legalization of cannabis: the survey results show that such a legalization has meanwhile become possible for the majority. Two-thirds of respondents were clearly or somewhat in favor of legalization at the time of the survey. Curbing the black market and better consumer protection were the two arguments for legalization that gained the most traction. On the opposing side, concerns were based on a feared trivialization of the drug and possible harm to the adolescent brain.

If legalization becomes an issue, sensible regulation and prevention will also be necessary in the eyes of those respondents who are in favor of such a step. In particular, a well-developed protection of minors is indispensable for a large majority. Comprehensive prevention measures and a restriction of THC content are also supported by more than half. More generally, participants in the study tended to favor rather strict regulation. Just because legalization has gained majority support does not mean that the use and trafficking of cannabis would become an activity beyond all laws.

We were very pleased when we heard about the results of the study. Hopefully this happy news will find its way into politics. Even though there has been a lot of movement in the Federal Parliament recently, the intended revision of cannabis legislation is likely to pick up speed a bit.